The Chronolight is a passive TMD power in Singularity.

The Chronolight is an ability of the TMD that allows the user to see objects that are phased out of time. It functions as a passive ability in the game, allowing the player to read Chrono Notes on walls and reveal and pull phased objects into phase that may be required to progress such as boxes. It was mentioned by Dr. Barisov in a film reel.

The Chronolight was originally meant to be active TMD power that could be turned off and on at will. When on, it would reveal phased objects and allow the player to pull them back into phase. Its visual when on resembled a circle of light similar to a torch. 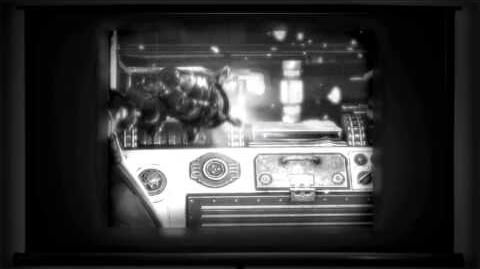